Some people see the winter as an ending, with a whole story before it, but I see it very much as a new beginning.Roma Ryan, And Winter Came EPK, 2008

It’s funny because I thought this would be more of a Christmas album with more traditional pieces, but in the process of putting it together a winter theme started to evolve within the songs and I didn’t feel it was right to impose a Christmas theme on certain songs.Enya for Music week, 2008

There are feelings of gathering on this new album. Togetherness. Family.Enya for Herald Sun, 2008

Design and art direction for the album were created by Mikkel Lundsager Hansen from Stylorouge. The cover features Enya in front of a white horse that represents Boréas, the Greek god of the cold north wind and the bringer of winter.

The promotional photography was shot by Simon Fowler at Cliveden House, Berkshire, England. The winter effects were added digitally, even the dress that Enya wears in the cover photo was in fact black.

‘And Winter Came…’ is the first Enya album to have only one music video. ‘Trains and Winter Rains’ was directed by Rob O’Connor with Mikkel Lundsager Hansen co-directing.

The first launch party was held on October 8, 2008 in Two Temple Place, London which was decorated for the occasion in the theme of the album. The guests were presented with a lovely crystal ornament made by Waterford and a special 10th anniversary cd. The following morning, Enya gave a press conference in the Dorchester Hotel, London.

A video documentary featuring Enya, Nicky and Roma was prepared to promote the release of the album. The trio talks about ten of the songs and explained the inspiration behind them. The documentary was shot at the Powerscout Estate near Dublin and at Aigle Studios. 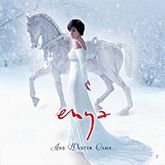 And Winter Came…
November 10, 2008
And winter came… – The journey of the Angels
White is in the winter night – O Come, O Come Emmanuel
Trains and winter rains – Dreams are more precious
Last time by moonlight – One toy soldier – Stars and Midnight Blue
The Spirit of Christmas Past – My! My! Time Flies! – Oíche chiúin

Out of all the album singles, only ‘Trains and Winter Rains’ was available on a physical commercial release. The other singles were released digitally and on promotional discs. 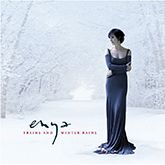 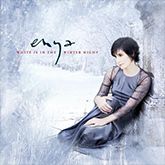 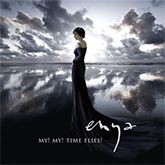 * Lead guitar and Twelve string guitar on “My! My! Time Flies!” by Pat Farrell

RECORDED IN THE DIGITAL DOMAIN BY AN ANALOGUE BRAIN

“Enya, Nicky and Roma would like to thank:
Diarmuid Quinn, Matthieu Lauriot-Prevost, John Watson, Bernd Dopp, Takashi Yoshida and all our friends at the Warner Music family worldwide. Thanks in particular to our Warner UK Team. A very special mention for Joanne Carrigan.

“We would also like to thank Berry Klein, Derek Hobbs, John East, Lee Tobin, and Fran Malyan and Guy Moot of EMI Music Publishing. Thanks also to all our Moderators, both past and present.

“Enya, Nicky and Roma would like to say a special thanks to:
Edgar Bronfman Jnr
Lyor Cohen
Tom Whalley
John Reid”