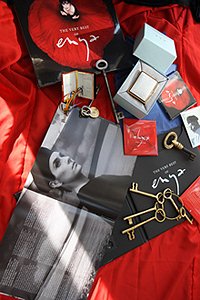 The Loxian Games refer to two series of virtual treasure hunts created by Roma Ryan for Enya fans. They corresponded to the release of ‘And Winter Came‘ and ‘The Very Best of Enya.’ When asked about the Games in her ‘Ask Me Anything’ Unity interview, Roma said she had a lot of fun making them.

The objective of the Games was to collect lost lyrics fragments hidden on the official Enya websites. There was one line to be found every week and you needed to get all of them to be eligible to win.

Every week, a new riddle appeared in the enya.com interactive castle’s secret room. It usually related to one of Roma’s lyrics and was not very difficult. When you solved it, you got a hint that led to that week’s puzzle. Once you finished all the week’s steps, you found the lyrics line written in green. At the end of the Games, you submitted all the collected lines together with your contact information. As there were more participants than prizes, there was a bonus question that served as a tie-breaker. In the first Games, Roma asked for people’s opinion of the Games. In the second round, things got more tricky and you had to complete a limerick. Based on the answers, Roma picked 10 winners (not me *sad*) and 30 runner-ups (including me *yay*).

The riddles ranged from easy to more frustrating ones and it took quite a long time to complete the whole challenge. If players got stuck, they could visit the Loxian Oracle and ask for hints. The Oracle was very creepy but helpful if you asked the right question.

To suceed, you needed to understand the Loxian scripts and some basic words. All the necessary information was available in Roma’s library, other websites related to the Games and Loxian lyrics on ‘Amarantine.’ 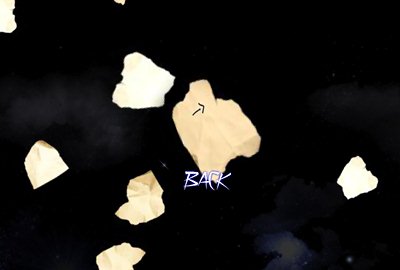 Letter A in the water script

To sum it up, the Games were designed for hardcore Enya fans with way too much free time on their hands.

Other ways to win

If you didn’t want to or couldn’t take part in the riddle-solving, you could still participate in small accompanying challenges. You could create a graphic banner for the Games, edit a video about your progress (or lack thereof) or name one of Roma’s nightflowers. 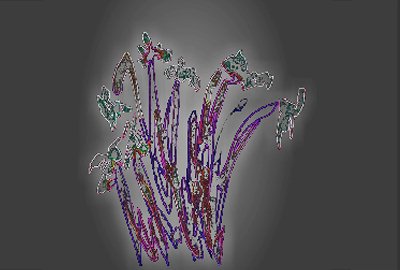 Nightflower from the naming challenge

Once you get comfortable in front of your computer and get your little grey cells ready, you enter the Secret Room of the Enya.com interactive castle where you find the following question: ‘If green is in the mistletoe, what is in the embers?’. As a proper Enya fan you know that it‘s a reference to ‘ White is in the winter night” and type ‘crimson’. Now you get your first hint ‘First see autumn’ and the real challenge begins. 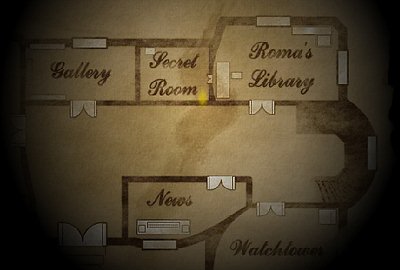 I solemnly swear that I am up to no good

You don’t really know where to look and feel brave, so you pay a visit to the creepy Loxian Oracle and ask her where autumn is. She tells you to look in ‘the city of constellations in the valley dot com’. 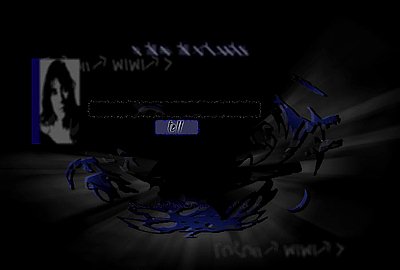 Heartbeat in the night

You type the address in your browser and find yourself in the City of Constellantions in the Valley. There is a library, gallery and observatory. 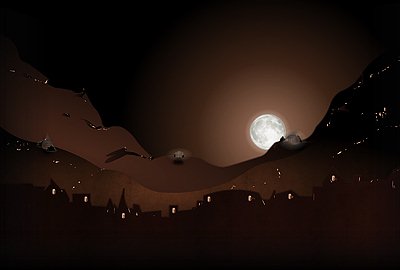 After looking around, you find out that the gallery is hosting an art exhibition dedicated to ‘ The First of Autumn‘. The exhibit features six abstract videos with ‘The First of Autumn’ played as background music. You watch all of them while your head starts to spin. 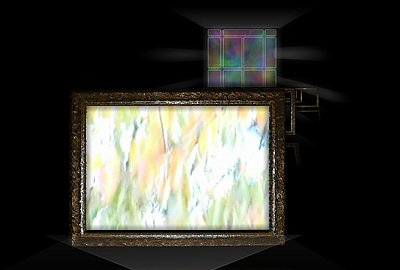 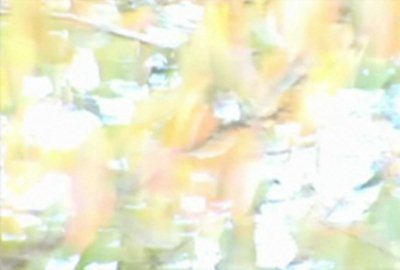 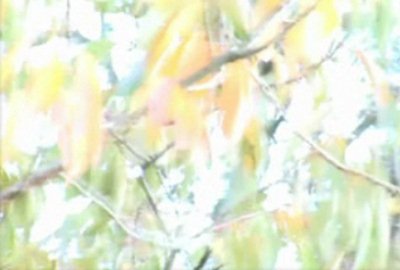 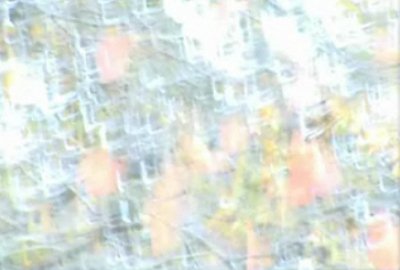 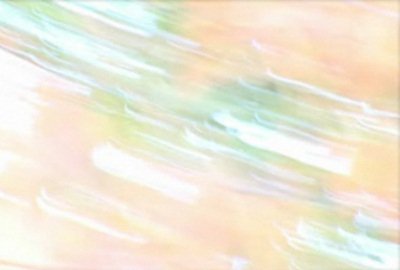 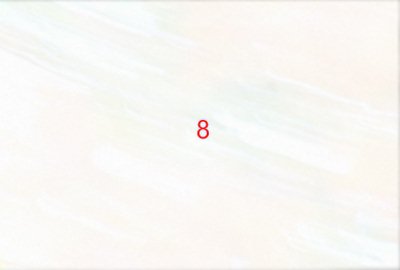 The Oracle wasn’t lying after all, there were messages hidden in the videos: six phrases written in blue and three numbers written in red.

Now you know that you need four numbers but have only three. You rewatch all the videos to be sure that you didn’t miss the fourth number.

As you are starting to warm up towards the Oracle (she might be creepy but helped you after all), you decide to see her again. You ask about the City of Days and she replies just ‘dot com’. You bid her farewell and set off to thecityofdays.com. 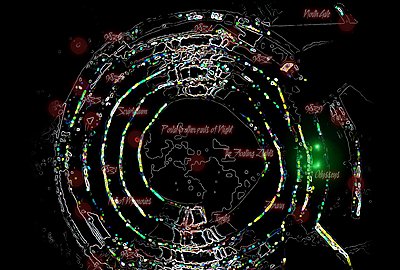 Other parts of night

You can see some random numbers and among them also 9834 . As you know that 8,4 and 9 are part of the autumn numbers, you guess that 3 is the missing one. You note the number sequence and go looking for autumn again. Some time later, you find out that you skipped a step as the last number was hidden elsewhere (you cheating bastard!) but frankly, you don’t give a damn and congratulate yourself on your superiour deduction skills.

Meanwhile, the City of Days hides several locations that you can visit. One of them is the Hall of Memories (remember!) containing a blurry group photo. You examine the enclosed caption closely and discover that one of the persons in the picture is named essa – autumn in Loxian. You click on his head and an input box appears. You enter the autumn password 9834 and the box shows a clue The name of the sixth city is the name you enter it by . You are thrilled. 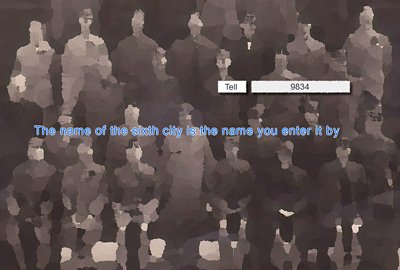 The hint is not helpful by itself – time to visit the Oracle again. When asked about the sixth city, the Loxian Oracle seems delighted and proclaims ‘The sixth city: what a novel idea!’.

In order to find a novel that might be useful, you visit all the libraries related to the Games. Finally, the library of the City of Constellantions in the Heights contains a book entitled The book of cities that looks promising. 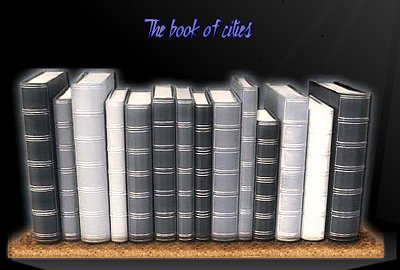 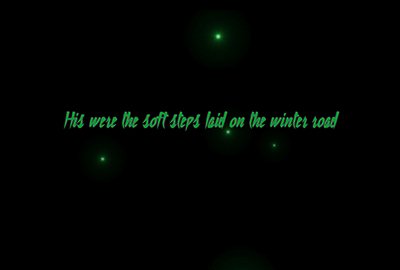 You take your rest and look forward to the three remaing weeks. If you persevere and solve all the riddles, you obtain the complete poem and a chance to with some nifty prizes.