A Day without Rain

Enya began working on ‘A Day without Rain’ in autumn 1998 and released it two years later on 21 November 2000. With over 15 million copies sold, it is Enya’s best selling album and also the fifth highest selling album worldwide of 2001.

A Day Without Rain is probably the most positive of all the albums in the sense that even reminiscences are looked upon lovingly rather than with only sadness, that you are able to enjoy life, that you are able to meet the day and not be afraid, but know where you are in it. Hence, the reference to the ocean and water as being one of separation has now become one that is less painful. Now is the time to see the beauty of life – in all its seasons. Enya, B&N, 2000

I do think that the abundance of pizzicato on the album was inspired by the pitter-patter of rain. We have a large room above the studio, which we use for resting between recordings, and the sound of rain can be heard quite clearly there.
Enya, Inside Borders, 2001
enyabookofdays.com

Design and art direction for the album were done by Stylorouge. The artwork is more contemporary and minimalistic than on Enya’s previous albums.

The promotional photography for the album was shot by Sheila Rock and Simon Fowler in Dublin.

The launch party was held in the Somerset House, London. Enya’s record company stopped river traffic on the Thames for the fireworks display.

A video documentary featuring Enya, Nicky and Roma talking about the music and the new album was shot at the Humewood Castle near Dublin and distributed to the media. A different edit later appeared on Enya’s dvds under the name ‘A Life in Music.’ The documentary was directed by Rob Connor from Stylorogue. 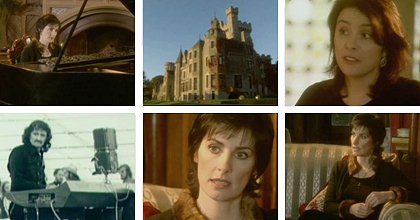 ‘A Day without Rain’ won the 2001 Grammy Award for the best new age album and the Japanese Grand Prix Award for the album of the year. 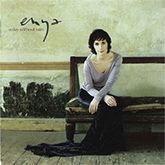 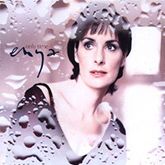 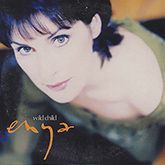 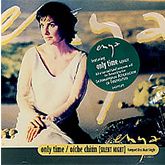 Enya, Nicky & Roma would like to express their
appreciation to Roger Ames and Nick Phillips.

We would also like to say BIG THANKS to all our friends at
WARNER MUSIC WORLDWIDE who worked so hard on our behalf, with a
special mention to Tony McGuinness and to the SOLID STATE
LOGIC’s Product Support Team with special thanks to John
Jeffery and Derek Hobbs.

A special thanks to our long time friend & publisher
Peter Reichardt.