Paint the Sky with Stars

The album is certainly a great starting point for new fans and a good choice for casual listeners who do not wish to buy all the albums.

Some tracks have been remastered from their original album versions.

I thought it would be fun to relive those moments of writing all those melodies. It was kind of like a musical diary and I really enjoyed it. I started in February, trying to select the obvious ones, the hits, and others. There was a lot of trial and error. It was a little bit difficult to pick selections that would cross over for everyone and to have some of my favorites on as well.Enya, Boston Globe, 1997
enyabookofdays.com

I must say I enjoyed the experience. I relived the songs completely: the beginning, the middle, the end, the writing of the melody, the parts that worked wonderfully and the parts that didn’t work. It’s like a diary of what I did each day. Musically I was quite happy because though sometimes it’s very subtle, I know there’s a progression on each album and my voice has been maturing.Enya, NY Times, 1997
enyabookofdays.com

The dreamy artwork was designed by a Belgian calligrapher and visual artist Brody Neuenschwander. The booklet features a collage of Enya photos and handwritten song titles but no lyrics. Brody also worked on the ‘A Box of Dreams’ collection released in the same year.

While the booklet design stays identical on all issues, the colour of the cd changes in some countries (silver in Australia, white in Malaysia, black in Colombia).

The music video for ‘Only If…’ was directed by Dan Nathan and shot at Mentmore Towers in Buckinghamshire, England.

Enya promoted the album during November and December 1997 in Europe, Japan and the US.

‘Paint the Sky with Stars’ won the Japanese Grand Prix Award for the album of the year. 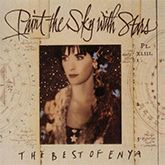 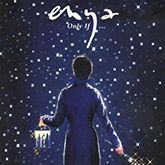 ‘The Best of Enya’ cd was accompanied by a release of a limited deluxe boxset containing three thematic cds and an illustrated booklet.

A Box of Dreams 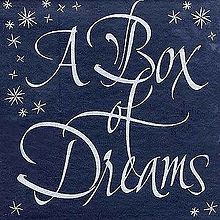 Music composed and performed by Enya

To all who hold us in their hearts – thank you.
Mar as gnáth…buióchas do Rob Dickins