Enya was born as Eithne Patricia Ní Bhraonáin on 17 May 1961 in Gweedore, County Donegal in the Gaeltacht region of Ireland. She has eight siblings named Máire, Deidre, Olive, Bridin, Ciarán, Pól, Leon and Bartley, many of whom are performers and musicians too. Both Enya’s parents were also involved in music. Her mother Máire used to play in a dance band and later became a music teacher and a choir director. Her father Leo was a member of the Slieve foy show band and later opened a tavern.

Enya grew up with traditional Irish music, performing on stage from the age of three. When she was eleven, she was sent to a convent boarding school in Milford where she studied piano and classical music. After graduating, she joined the family band Clannad on suggestion of their manager Nicky Ryan. 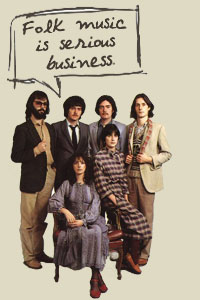 Clannad featured her twin uncles Pádraig and Noel Ó Dugáin, older brothers Ciarán and Pól Ó Braonáin and her sister Máire Ní Bhraonáin. Enya provided backing vocals and played the Wurlitzer electric piano, later she used the synthesizer Prophet 5. She stayed with Clannad for two years, toured with them and participated in the recording of ‘Crann Ull‘ and ‘Fuaim.’ After completing a European tour in February 1982, Enya left the band together with Nicky Ryan. She moved to live with him and his wife Roma to Artane, Dublin wanting to develop her own career.

I started writing in ’82, going into ’83. When I left Clannad it was Nicky and Roma who believed in me. I was learning saxophone and doing some classical piano. I still knew I was going to be involved in music but I had no idea what it was going to be — whether I was going to get a band together or what. I really didn’t know what it was, so Nicky and Roma set me up in their house. At that stage the studio was just a big room. The piano was there and they just said: ‘Why don’t you concentrate on sorting out the area of music you want to get involved in?’. From playing the piano and the classical stuff – recording it and listening to it – I ended up just improvising and writing my own stuff from there. When Roma heard the music, first thing she immediately saw pictures and thought about the film world. After my first six or seven pieces she sent off a few tapes and she got a telephone call from David Puttnam saying he liked the music.Enya

David Puttnam asked Enya to compose music for his movie ‘The Frog Prince.’ The release of the soundtrack marked the first time that Enya was credited as Enya and not as Eithne.

Enya continued her work on soundtracks with the BBC documentary ‘The Celts.’ A selection of music from the six-part series was released separately as an album titled ‘ENYA.’ Although it didn’t enjoy major success, the chairman of Warner Music UK Rob Dickins heard the album and when he later met Enya at an Irish awards ceremony he promptly signed her. "I signed her as an artist without any commercial potential at all," said Dickins. "I was just a fan." One year later, Enya released ‘Watermark.’ Its first single ‘Orinoco Flow,’ written as the last song for the album, became a surprise no.1 hit in Britain and the album climbed to no.5 in the UK charts. ‘Watermark‘ introduced Enya worldwide – it sold millions copies and went platinum in fourteen different countries.

Enya spent the following years rather quietly until she returned in 1991 with the UK chart-topper ‘Shepherd Moons.’ The album with songs ‘Caribbean Blue‘ and ‘Book of Days‘ as singles sold over 10 million copies worldwide and won Enya her first Grammy. The next Grammy-winning album ‘The Memory Of Trees‘ followed in 1995, entering the U.S charts at no.9. Two years later, Enya released a best of compilation ‘Paint the Sky with Stars‘ and a collection ‘A Box Of Dreams.’ The three cds entitled ‘Oceans, Clouds’ and ‘Stars’ covered Enya’s career from 1987 to 1997. 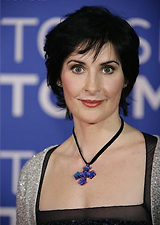 In 2000, five years after ‘The Memory Of Trees,’ Enya released her fifth studio album ‘A Day without Rain.’ The single ‘Only Time‘ received wide attention when it was used in news coverage of the terrorist attacks on the World Trade Center in New York. A remix of the track was released with all the profit going to the International Association of Firefighters. ‘A Day without Rain‘ won the Best New Age Album Award at the 2002 Grammy Awards and with more than 15 million units sold worldwide became Enya’s best selling album.

In 2001, Peter Jackson asked Enya to write two songs for his movie adaptation of the first part of ‘The Lord Of The Rings’ trilogy. Enya, a fan of Tolkien, agreed and contributed to the soundtrack of ‘The Fellowship Of The Ring’ with ‘Aníron’ and ‘May It Be.’ ‘May It Be’ received an Oscar nomination and Enya preformed the song live at the ceremony. 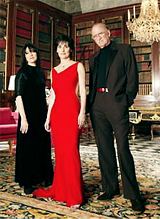 In September 2004, Panasonic used Enya’s song ‘Sumiregusa‘ in a Japanese commercial promoting their Viera television. Shortly afterwards, Warner Music Japan announced that the new full-length studio album was to be released in November 2004. The announcement was promptly denied by Aigle Music and it wasn’t until a year later that they confirmed the release date of ‘Amarantine‘ for November 2005. In winter of the following year, Enya released a Christmas-themed EP ‘Sounds of the Season’ and mentioned that she was mid-way through a Christmas album. However, as the recording began to take shape, a broader winter theme emerged and the album became ‘And Winter Came….’ Released in November 2008, it’s been a major chart success and brought Enya’s total album sales to over 70 million.

In autumn 2009, 20 years after ‘Watermark,’ Enya released her second best of compilation, ‘The Very Best of Enya.’ The collection came out in three different editions: cd-only, cd/dvd and a deluxe collector’s box set.