The album that started it all. ‘Watermark,’ first released on 19 September 1988, sold millions of copies and introduced Enya worldwide.
Its lead single ‘Orinoco Flow,’ also known as ‘Sail Away,’ went on to become a UK number one hit.

Looking back on Watermark, the words are those of loss, of reflection, of exile — not necessarily from one’s country, but from those whom the heart loves. It has in its theme searching, longing, of reaching out for an answer. The ocean is a central image. It is the symbolism of a great journey, which is the way I would describe this album.Enya, B&N, 2000

A lot of themes ended up as home themes. Journeys. That was a word that came up a lot.Enya, Geffen Records, 1989

The cover of the album is a picture of Enya with layers of imagery hand-painted on it. The black and white booklet is very simplistic and contains no liner notes or translations of the Gaelic and Latin songs.

The cover image was done by David Hiscook, additional photography was shot by Russel Yamy.

Lyrics in the booklet were hand-lettered by Lawrence Dunmore who also created what would become the “enya” logo.

Michael Geoghegan directed all the videos produced to promote the album. ‘Orinoco Flow’ is full of lavish hand-painted imagery,
‘Evening Falls…’ reflects the ghost story that inspired the song, ‘Storms in Africa’ includes pictures of African savanna,
and ‘Exile’ features scenes from the ‘L.A. Story’ movie.

Enya promoted the album extensively for more than a year in Europe, America, Australia and Asia.

The album was officiallly launched on 14 September 1988 at the Serpentine Gallery in London. 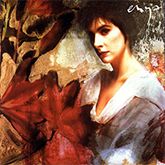 Some countries, notably the US, include ‘Storms in Africa (Part II)’ as the twelfth track. 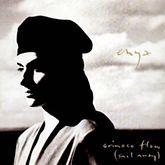 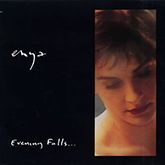 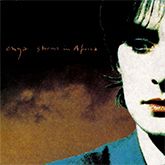 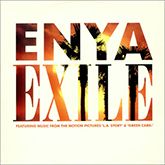 all vocals and instrumentation by
enya

Neil Buckley : clarinet on
‘On your shore’

Thanks to its distinct, downright catchy single “Orinoco Flow,” which amusingly referenced both her record-company boss Rob Dickins and co-producer Ross Cullum in the lyrics, Enya’s second album Watermark established her as the unexpected queen of gentle, Celtic-tinged new age music. To be sure, her success was as much due to marketing a niche audience in later years equally in love with Yanni and Michael Flatley’s Irish dancing, but Enya’s rarely given a sense of pandering in her work. She does what she does, just as she did before her fame. (Admittedly, avoiding overblown concerts run constantly on PBS hasn’t hurt.)

Indeed, the subtlety that characterizes her work at her best dominates Watermark, with the lovely title track, her multi-tracked voice gently swooping among the lead piano, and strings like a softly haunting ghost, as fine an example as any. “Orinoco Flow” itself, for all its implicit dramatics, gently charges instead of piling things on, while the organ-led “On Your Shore” feels like a hushed church piece.
Elsewhere, meanwhile, Enya lets in a darkness not overly present on The Celts, resulting in work even more appropriate for a moody soundtrack than that album. “Cursum Perficio,” with her steady chanting-via-overdub of the title phrase, gets more sweeping and passionate as the song progresses, matched in slightly calmer results with the equally compelling “The Longships.” “Storms in Africa,” meanwhile, uses drums from Chris Hughes to add to the understated, evocative fire of the song, which certainly lives up to its name. Watermark ends with a fascinating piece, “Na Laetha Geal M’Oige,” where fellow Irish modern/traditional fusion artist Davy Spillane adds a gripping, heartbreaking uilleann pipe solo to the otherwise calm synth-based performance. It’s a perfect combination of timelessness and technology, an appropriate end to this fine album.Ned Raggett, All Music Guide