‘The Frog Prince’ album contains music that Enya composed for the 1984 romantic comedy of the same name. The soundtrack released the following year includes 9 instrumentals composed by Enya, 2 songs composed and performed by her and a couple of jazz standards performed by Jazz Club. Contrary to popular belief, the cd is very easy to buy (used copies start at $2) and not rare at all. The question is more whether you should give it a try and include it in your Enya collection or not.

If you are a big fan and a completist, the soundtrack is definitely interesting. It was the first ever release consisting primarily of Enya material and a stepping stone to ‘The Celts’. However, most of the music credited to Enya was only composed by her and then arranged and performed by other people. Judging from the interviews that Enya and Nicky gave later, they were not very pleased with the end product. Also, the instrumental pieces do not contain any multivocals that became associated with the trademark Enya sound.

On the other hand, even though not very exciting, the music stays sweet. There are three main themes that repeat throughout the album: the movie theme, the Jenny’s theme and the Jean-Philippe’s theme. The latter two are fully developped in ‘The Frog Prince’ and ‘Dreams’ performed by Enya. These songs are the definite highlight of the album and the best reason to buy it. It is in here that you get to hear Enya’s younger voice and a hint of layered multivocals. They are both dreamy romantic ballads, the arrangements are not entirely unlike ‘I Want Tomorrow’. While I never listen to the rest of the album, I keep these two in my mp3 player.

To sum things up, this is an interesting little cd if you have everything else and want to explore Enya’s early work. But do not expects the polished sound and breathtaking multivocals of the latter albums because you will not get them here. 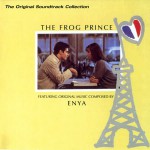 Enya’s bio from the booklet

When she was eighteen Enya (Eithne Ni Bhraonain) joined the group Clannad, her immediate family, with whom she recorded two albums and toured Europe extensively for two years, after which she decided to devote her time to her own music. This album sees her first incursion into the world of film music. It is a great source of pride for Enya that David Puttman chose her music for this project.