Despite being quite short, ‘A Day without Rain’ brought some very lovely non-album tracks. I consider ‘Isobella’ to be one of the best b-sides that Enya has ever released. Such a shame it was not included on the standard edition of the album. On the other hand, it gives you something to hunt for!

ONLY TIME: The Promise

‘The Promise’ is a short piano instrumental that was released in 2000 on the ‘Only Time’ single and then disappeared forever. The melody reminds me of ‘A Day without Rain,’ just without the vocalisation.

The single has a lovely light pink cover and the German edition is very, very easy to buy.

If you are a fan of cardboard sleeves (I am!) you might like to track down the cardsleeve UK promotional issue (WEA316CD-DJ) with artwork and tracklisting identical to the commercial release. It looks very nice and even the inside of the sleeve is pink.

In this arrangement, ‘Midnight Blue’ is available exclusively on the 2001 ‘Wild Child’ single. Seven years later, an extended version of the instrumental became ‘And Winter Came…’ that you all know as the opening track of Enya’s last album.

Its companion piece ‘Song of the Sandman’ can be however also found in ‘Only Time: The Collection’ where Roma explains the song’s inspiration by the folktale figure that brings children to sleep. It ranks among my favourite Enya ballads, so no matter how you get it, you should not miss it! 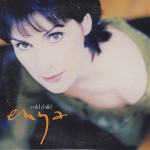 Being a second single of the album, ‘Wild Child’ is probably the most difficult to get from the releases presented in the series. Although it is far from impossible to find, it is not available all the time as the other singles. Once again, be careful not to get a one-track promotional release instead!

MAY IT BE: Isobella

While not exclusive in the strict sense as it was also included in ‘Only Time: The Collection’ and on the Japanese issue of ‘A Day without Rain’ (AND on the ‘Wild Child’ cassette single but you cannot really take cassettes seriously anymore, can you?), it is a little gem that should not be overlooked. It is sung in Gaelic and it is amazing. If you get only one Enya b-side in your life, get this one.

The ‘May It Be’ single was released in 2001 to promote Enya’s participation in ‘The Fellowship of the Ring’ movie. It borrowed the two bonus tracks from ‘A Day without Rain’ (the US didn’t get ‘The First of Autumn’ nor ‘Isobella’) and it made fans happy because it was much cheaper to buy than the Japanese album import. I really mean it, I got mine for 50 cents plus shipping.

There is also a harder-to-find cardsleeve German version (WEA 5439-16709-2) that looks the same but contains only the first two tracks but I have seen it just once, so you will probably want to get the standard release.

There you have it, now you know how to get all Enya b-sides available on just one single! As for shopping, I recommend going to eBay, Amazon MarketPlace or EIL.com. Last time I checked, you could find most of these cds for less than $10 each.

Please note that all singles presented in the series are commercial editions. They sometimes have promotional equivalents with identical tracklists, sometimes not. Check out the official discography if you want to know more about promos.

a day without rain, bsides, may it be, only time, wild child